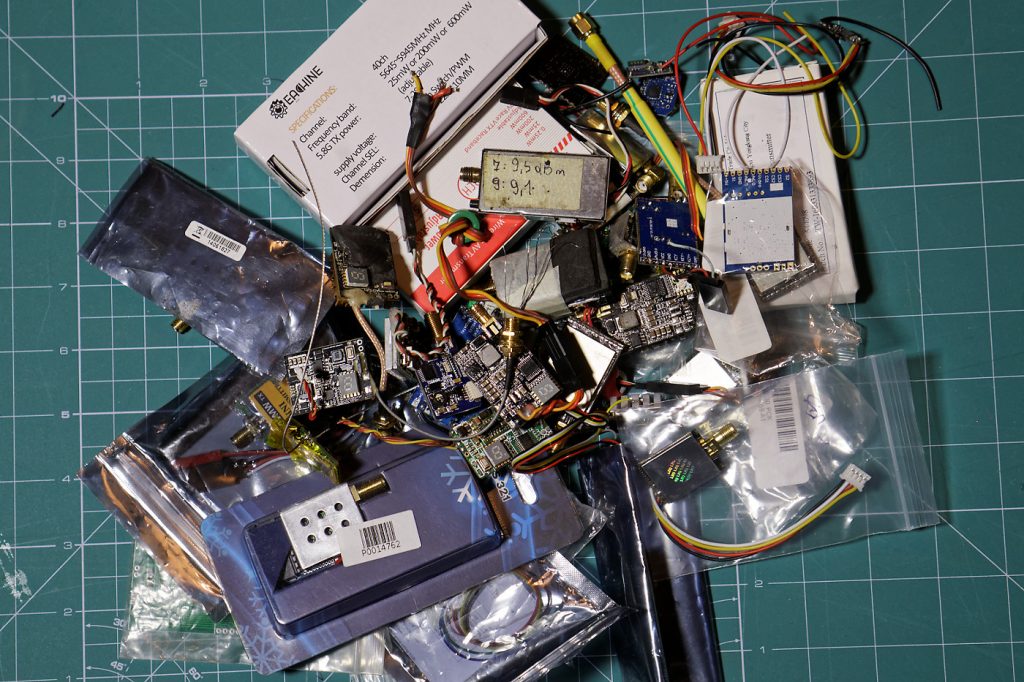 Got several new 5.8G VTX’es and decided to test their power output. Quick table for reference, but see notes below: