Absolute power ouput is not precise, relative – much better (0.5dBm or better).

Cold testing – ~10s after powering on (already full averaged cycle), hot – after 5 minutes on my desk.

VTX’es From low to high:

Not impressed at all. Really.

25mW VTX can be really good, nice range, low weight, small, etc – but second one does not perform so good. I will re-test it at different band if i find time, maybe this issue with freq shift is only for C (ex. “Boscam”) band?

Also, some physical issues with them – SMA middle pin is soldered to very, very small PCB patch, so even small force on SMA can develop cracks in this connection and then you will have more issues.

Another thing – they recalled all VTX’es and “fixed” them some time ago (they could change freq. while flying, one time is enough =)

Fix is…. Add some paper inside: 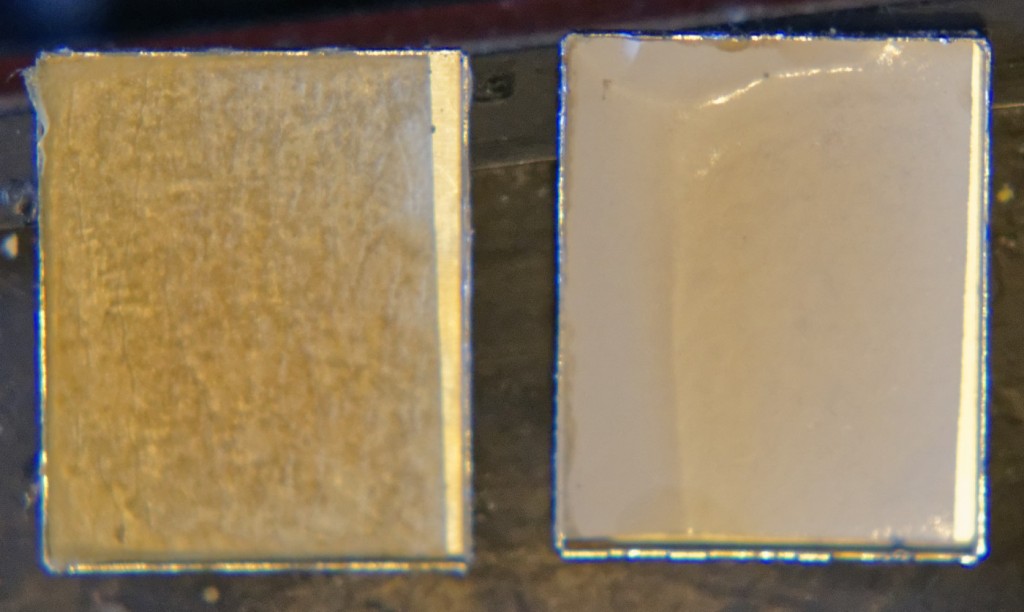 Aomway… Not sure what to say…. Needs more testing on different frequencies/bands and with jumper set.

So far, keep only 25mW and go pick another powerfull VTX if you need ;-)