Some measurements below…. Still no real solution for this problem (EDIT: see update at bottom of this post).

TX itself is silent enough, without external OLRS module – no noise (except expected hopping in 2.4G band), all other bands (1-1.3GHz and so on) are clean.

Noise is visible in flying – turning on OLRS transmitter cuts max distance with 2.4G video in half. 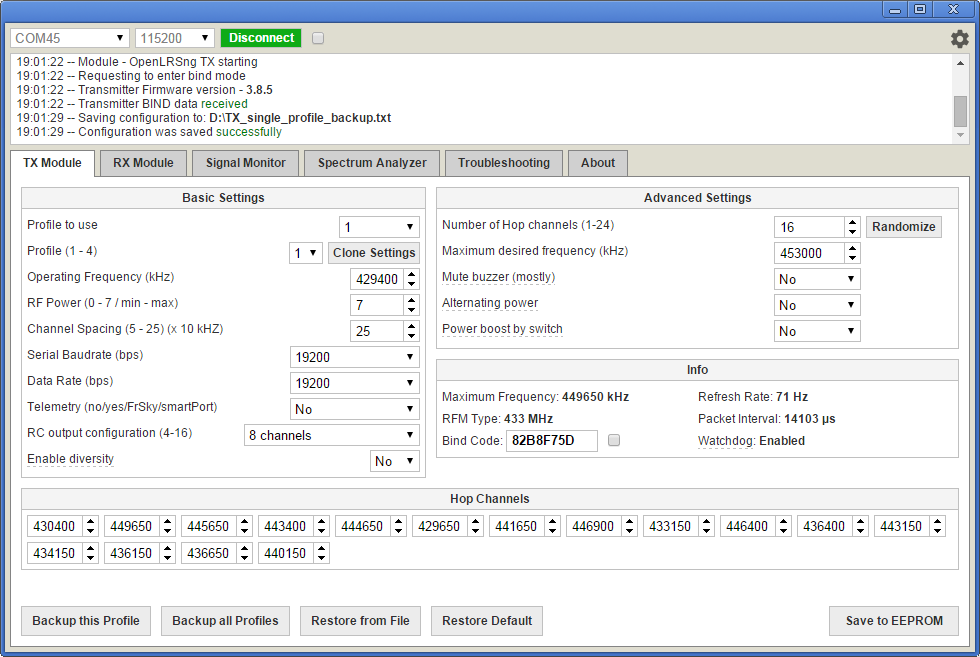 TX not turned on, noise floor in living room (some wifi AP’s around…): 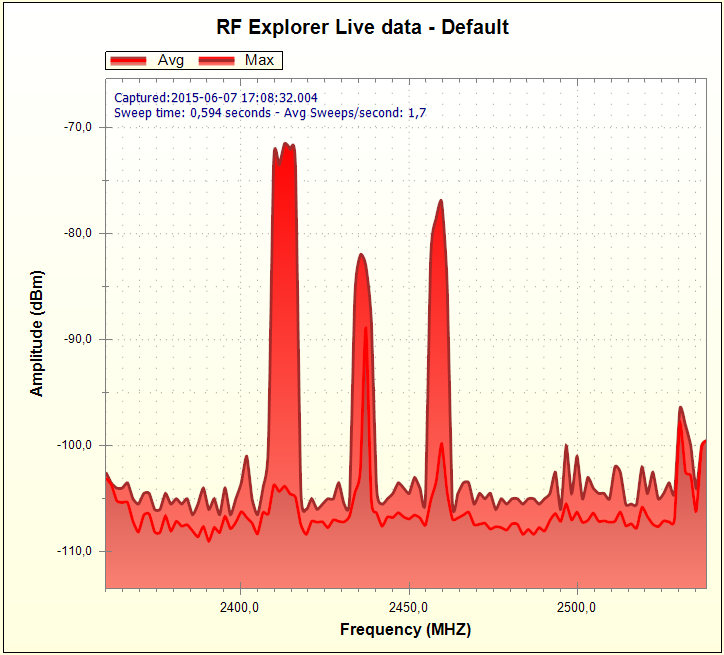 So, noise floor around -103dBm, with some peaks (probably WiFi). TX turned on, no mods yet: 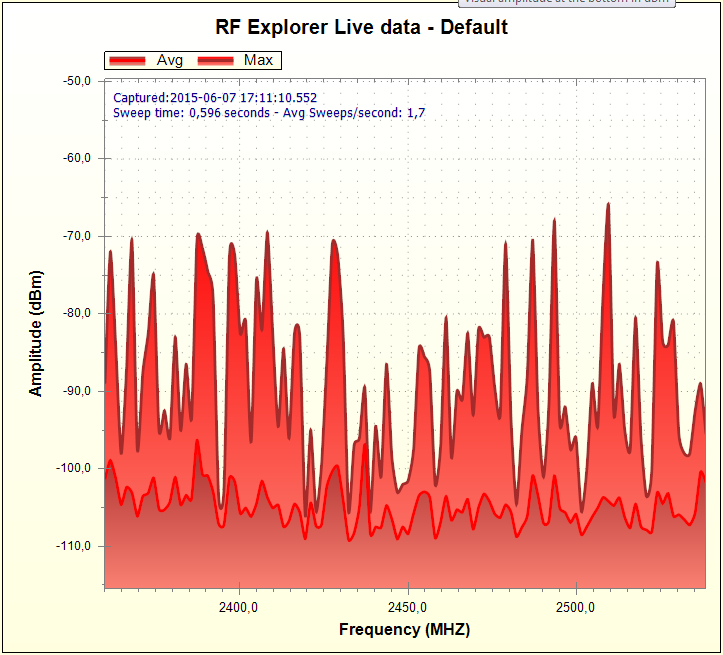 Noise floor (average) shifts up by few dB, but there are peaks all over ISM band (and around it, too).

Signal/power (PPM/GND/VCC) wires to module are twisted over ferrite ring (4 turns) and made as short as possible. Not much difference: 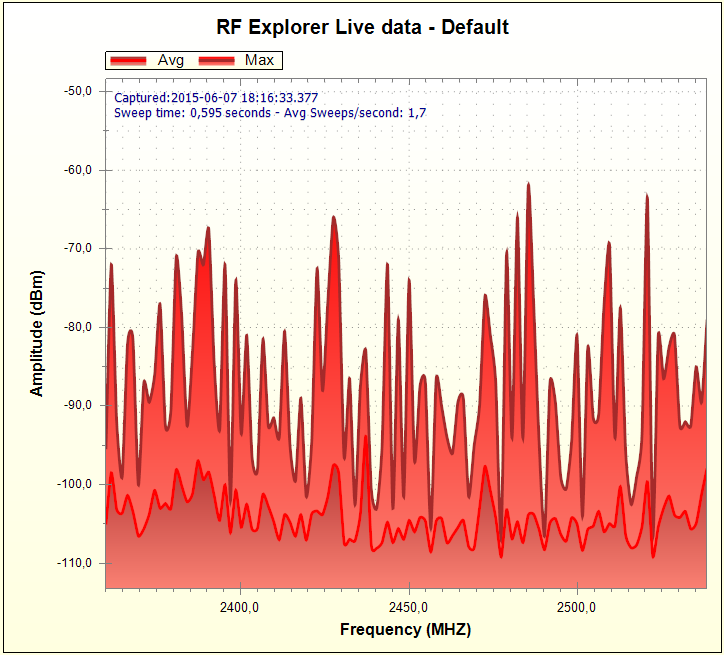 Deluxe disassembled, filter on output replaced with genuine LFCN-490 (maybe earlier one was fine too, but just to be sure), deluxe case grounded (scratched silkscreen, soldered aditional wire, mounted it to case). Slight difference, but again – not much, as most of noise is coming from antenna: 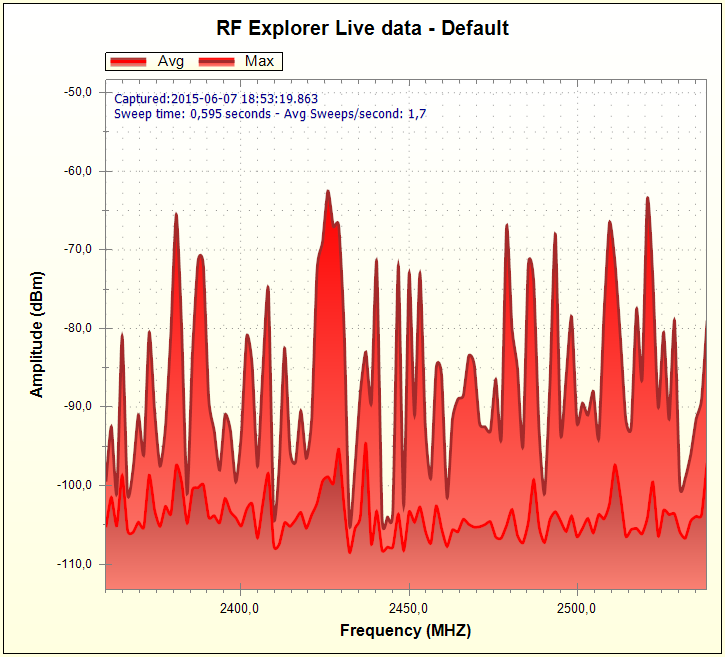 Antenna was mounted via short pigtail, to keep it angled compared to TX. This time mounted it directly to SMA from Deluxe. Again, no difference for average: 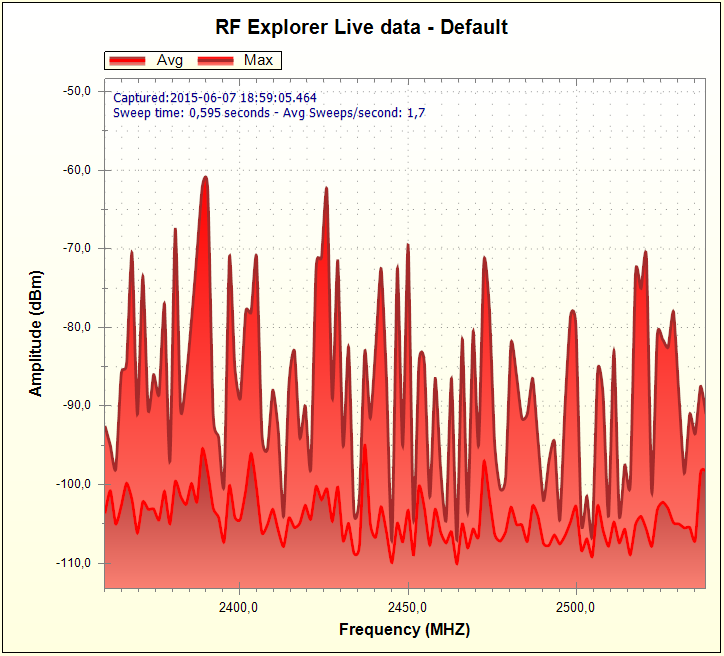 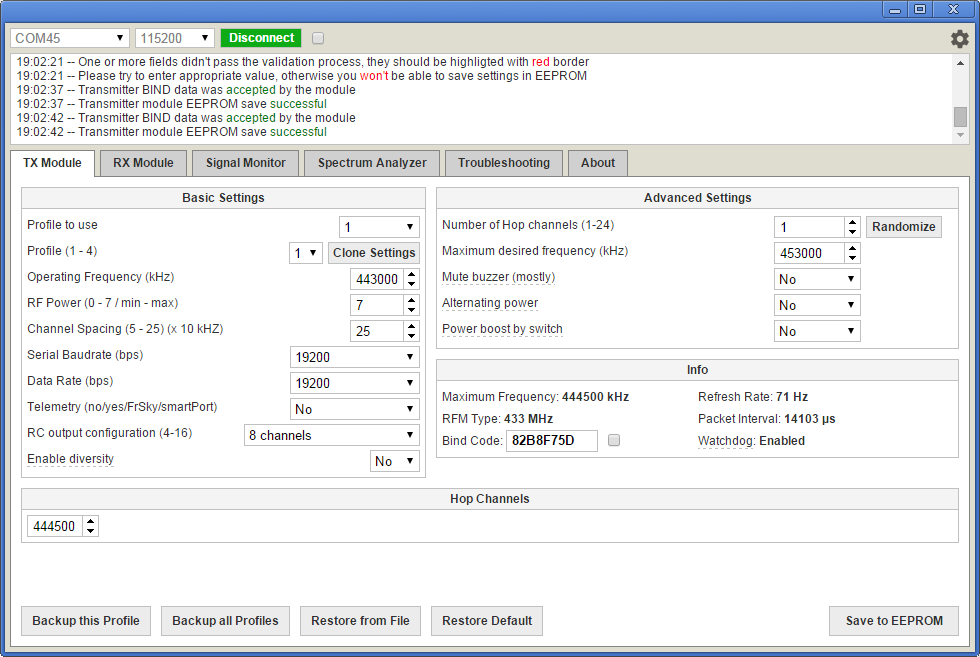 So, measurements with all earlier mods (antenna again on pigtail) but with single channel: 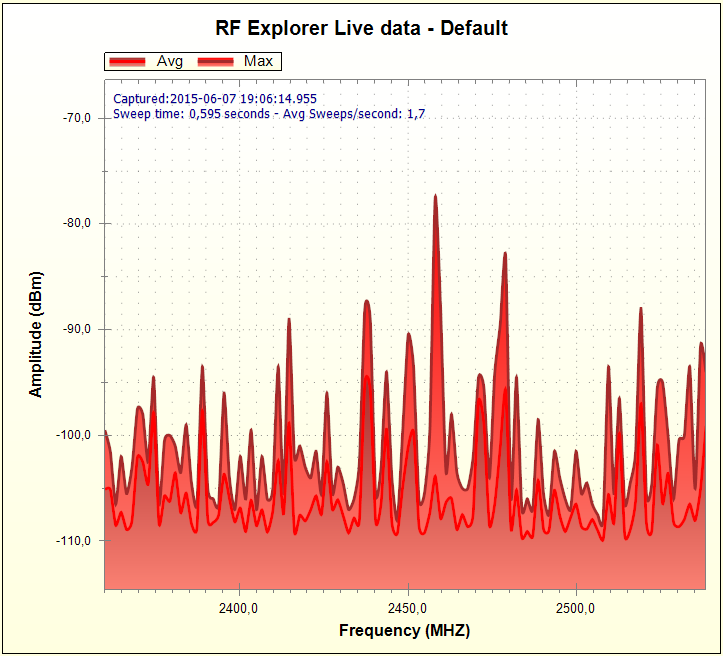 Clearly an improvement over 12ch hopping setup! But 1ch is not reliable, let’s try 2ch hopping setup (one more channel added, everything else is the same, frequencies shifted slightly): 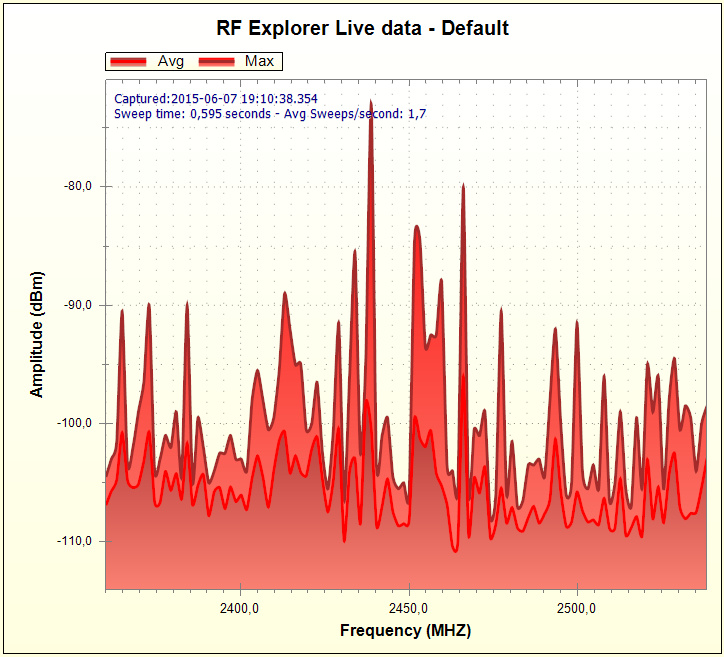 Cleaning up noise would be solution, limiting to few channels – poor workaround…. 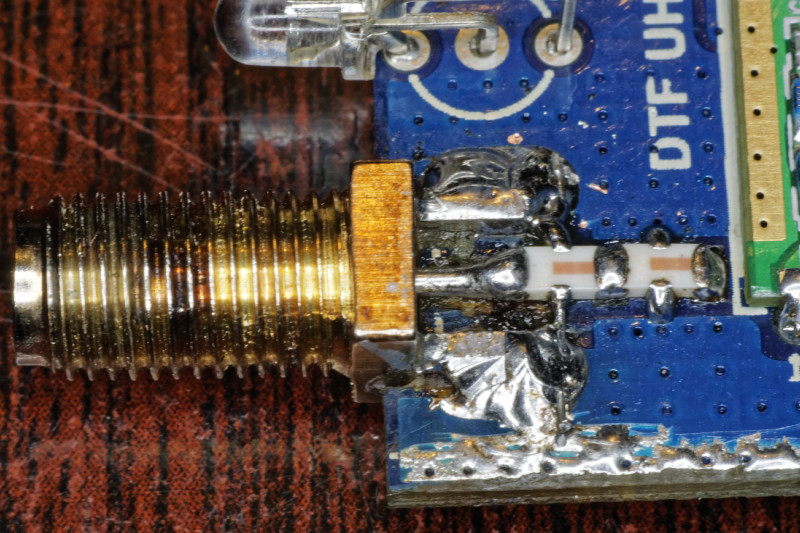 (heat up SMA, pull it up (probably unsolder stock filter first, to be safe), pull up signal track from PCB, solder both filterst together, solder SMA back, add wires to keep second filter grounded) 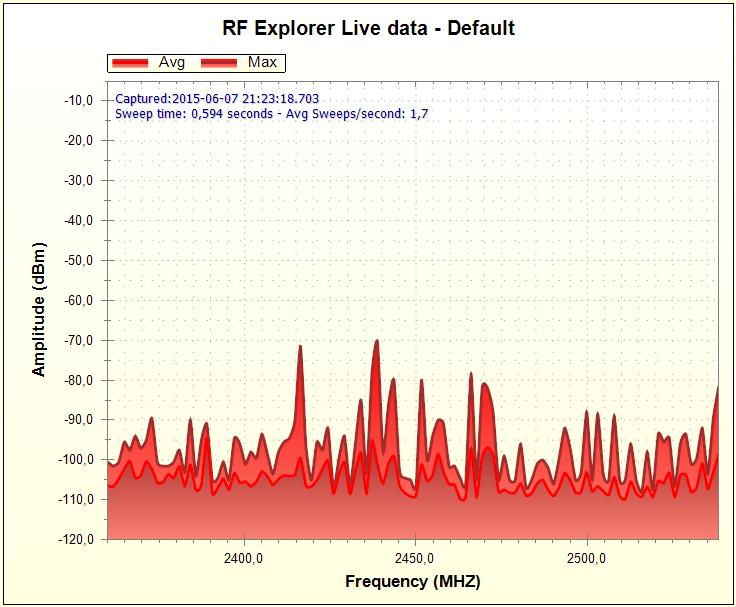 12ch (compare to other screens above), without PCB-ground mod: 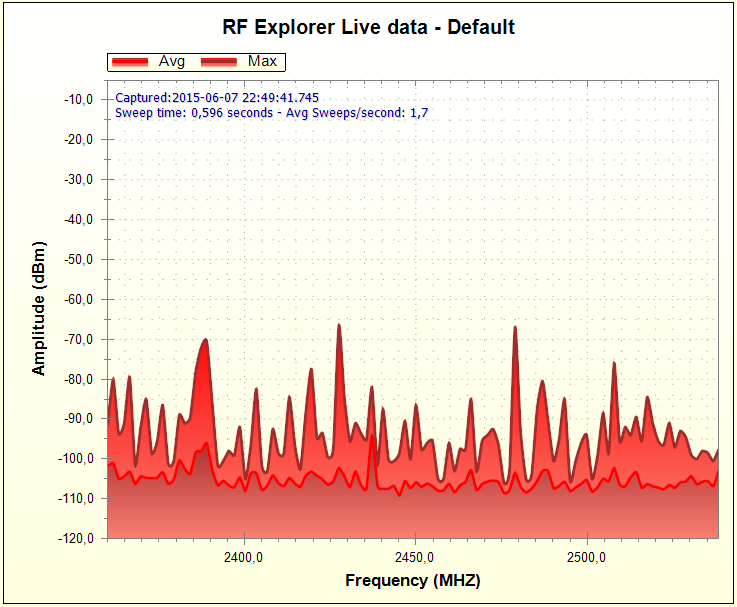 And gif which shows RF explorer output – TX off, TX on (12ch hopping), TX off. Looks much better to me…

So… Practical tests ahead, but in short – single LFCN-490 does not filter good enough. Mini-circuits filter costs ~4$ shipped, but this would be “one-way action” – if you want to remove it, you would need to wire missing PCB part…

So, probably better to just get low pass filter with SMA connector, like this one (they are available cheaper, i just put random link from google search) and do not trust sellers who tell that “you do not need one” ;-)