My account on google (andrius.narbutas@gmail.com) was banned one week ago. No alerts, no reason, nothing.

Gmail from first invite days? Gone.
Youtube with 300+ videos and more than half million cumulative views? All videos out.
G+ with hundreds of followers, nice communities (i was owner in some), thousands of posts? Out.
Play store with lots of $$$ spent on purchases? Unavailable – and many apps do not work anymore
Events with photos (many of them aren’t mine – participants uploaded own photos into events i created) – unavailable
Photos – gone.
Docs, drive and other stuff (who cares that you paid for additional space?) – unavailable.
Contacts on my phones… Also gone, collecting from scratch (hey, if i ask “who’s calling” – it’s ok, i’m not drunk =)

I do not know reason – why (google does not provide info about that – only generic redirect to support page), they do not answer to queries, questions and, based on google search – they won’t. I didn’t found anyone, who got account back without help from friends (working at google).

Maybe random G+ post triggered some automatic action (my latest posts/comments over 2 days – only to closed, invite-only communities, i’m sure – no moles here).
Maybe someone reported my YT video and they killed entire account for some reason (would be strange, as all my videos are unique my creations, only in few videos background music triggered copyright claims – but those videos are old enough)
Maybe someone reported my for older posts about politics (yes, i know about those bots from .ru doing their dirty job on twitter and so on – even top accounts are banned when 50K bots file raports, for example – G+ community where you can get 100+ raports just by posting random profile)
Maybe they found “Moby Dick” as contact in your Android phone and decided that you can’t call anyone “Dick”?
Maybe they found words hex, anfo, rdx in google docs and decided that i’m terrorist – but this can be RC stuff too….

Nobody knows and google won’t release this information. But while i knew that, i was like “uh, i’m not doing anything wrong, at least they will warn me, put brick on G+ post if it’s bad, i will get strike on YT… This can’t happen to me”.

This post should serve as warning – this may happen. Some basic rules:

So, that’s all in short. I will re-register on some google services, but this time i will try to limit my presence here. No $$$ for play store, no CC data for G, gmail only as spambox, gdocs only for random notes, G+ only for small communities and old friends, YouTube only for random videos not worth uploading to vimeo. Looks like “do no evil” does not work anymore…. 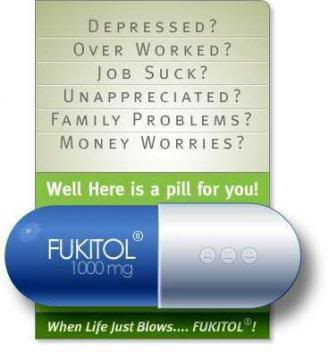 UPDATE1 2016.02.15: Google TOS says: “Some of our Services allow you to upload, submit, store, send or receive content You retain ownership of any intellectual property rights that you hold in that content. In short, what belongs to you stays yours. “<…>”We believe that you own your data, and preserving your access to such data is important. If we discontinue a Service, where reasonably possible, we will give you reasonable advance notice and a chance to remove information from that Service.”.

Not sure what’s the problem with my data then – just give it back to me and GTFO?

UPDATE2 2016.02.17: Got comment from friend, working @ google: ‘Legal team said they reviewed it and found it to be correctly identified as having a major terms of service violation.  They can’t give me (or likely you) any further information, but whatever it it was “very serious offense, not some arbitrary policy.”‘

So back to begining – “we won’t tell you which TOS you violated, won’t tell you for which product and when. But this is reason why we will pick all your data”. I do not believe that anyone at google was looking into my account – most likely ir was automated response (because i found many people on web with identical problems). In other words – i guess entire process is completely automated, without human interaction (and, as a result, if triggered – won’t revert back).

UPDATE 2016.02.29: posted for fun to product forums: https://goo.gl/EhMuN2 – as expected, “nothing we can do and we won’t tell reason”. Of course you won’t, because automatic ban system does not tell – why (would be easy to avoid it after few tries) and nobody actually reviews requests.

Note: google does not say that i violated TOS. In fact, “account is disabled” page is carefully worded to avoid anything like “violation” (automatic system still do mistakes) and i still can’t find anyone with “re-enabled account (not service) because it was mistake”. But found many users with disabled accounts. Some with thousands subs on YT, some with 8+ years old accounts, some with thousands followers on G+… Only youtube page says that account is closed after multiple violations (but this is probably generic page, as i didn’t upload anything on YT for few weeks and had no strikes), they should check this one ;-)
Oh, and google docs do that:
We’re sorry. You can’t access this item because it is in violation of our Terms of Service.
Right. How about “we took your data and there’s nothing you can do about, bitch!”? =)
UPDATE 2016.06.05: got mail from google to another account:

Heh, “unresolved issue with unknown reason”. What about “automated deletion without warning”? %)
Anyway, re-uploaded 90% of my videos to vimeo, fixed some links in page, life goes on.

UPDATE 2016.08.01: “well known blogger” got ban from google, Symptoms are identical – account banned, all services closed and only redirect to TOS. Maybe this one will go higher and we can get answer from google?