OK, TLER issue can’t be fixed (at least, without disk firmware disassembly), but what is causing disks to generate such amount of internal errors (1-2 disks in one 25-disk enclosure/week)?

Those disks are out-of service, so i disassembled few of them to check. So…. 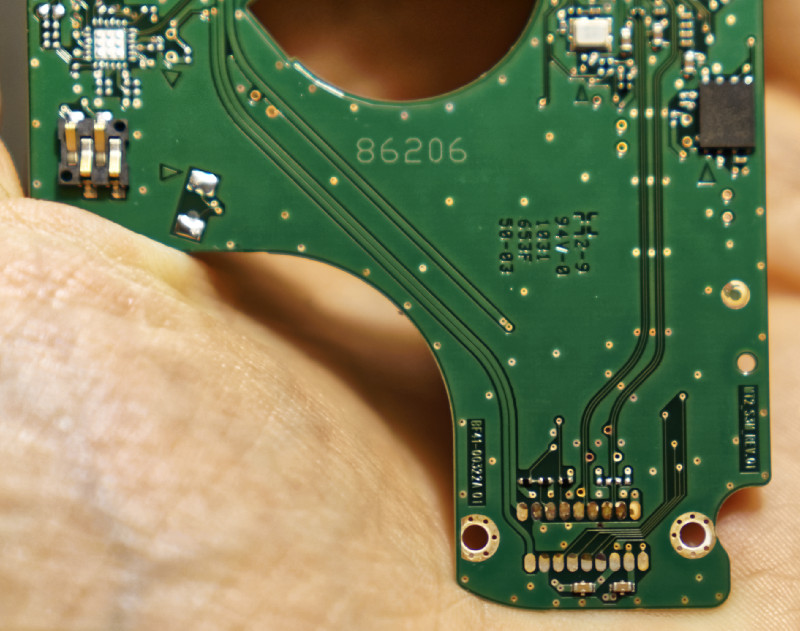 Motor pads are top-left – bigger current is here. But they are clean…. Data (head position feedback and control, data after pre-amp) pads are on bottom, we have very low current here, but they are corroded… Contact resistance is in range 0…50Ω (!). What? 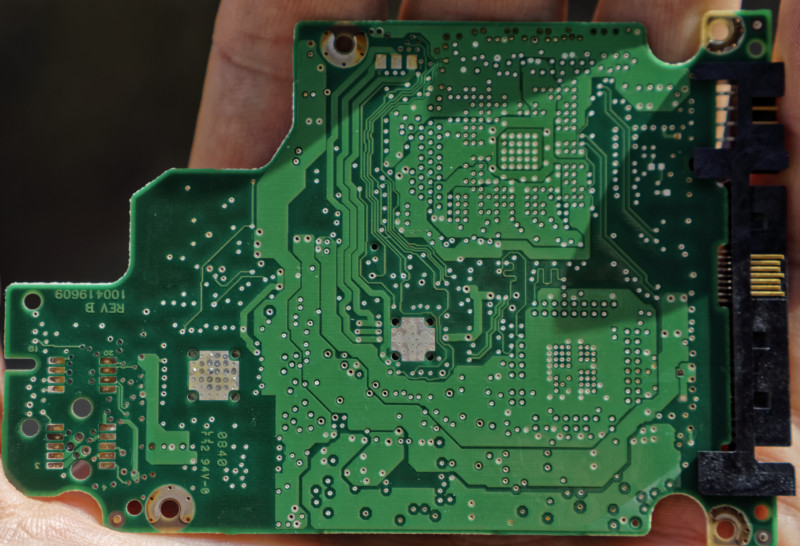 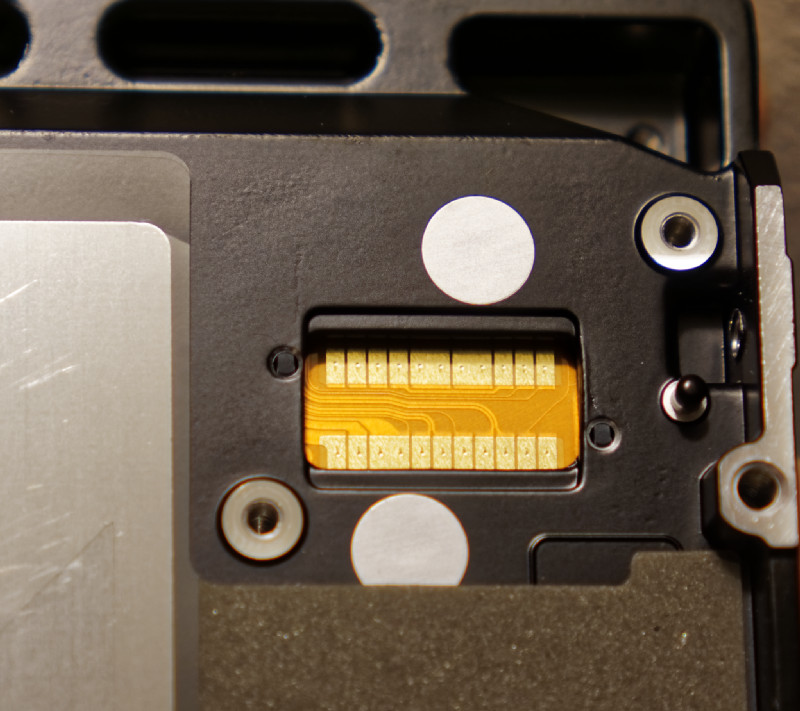 Cleaned pads on one “failed” 1TB Samsung – working so far! =)

So, TL;DR – i think that at least some failures are caused by corroded contacts (probably bad design issue – different metals, incorrect pad thickness and so on). They aren’t so usefull now (too old), but if they corrode so much in 2-3y (in datacenter environment), they should die a lot in laptops… Check PCB pads (require T5 screwdriver), clean them and… Maybe HDD will live again?